Henry is the uncle of Dorothy Gale and husband of Aunt Em. Henry is also the brother of either Dorothy's mother or father; it is unclear as to which, though her mother is the far more likely candidate.

After he lost his house and temporarily lost his niece to a tornado, Henry had to get a mortgage in order to rebuild his farm house. The stress he incurred from these losses caused his health to decline. As such, his doctor prescribed a vacation.

Henry decided to visit relatives in Australia, and brought Dorothy along. During a storm, however, the girl vanished, Henry believing her to be lost at sea. She later arrives in Australia, but not without more stress to her uncle.

On their way back to America, they decide to visit some of Em's relatives in California. However, an earthquake errupts, swallowing Dorothy and Zeb, the nephew of Em's sister. Once again, Henry is left without word on his niece, and lives in anguish, believing her to be dead, until she returns once more.

The two return to Kansas, where Henry's vacation has had a counterproductive effect, depleting not only his limited funds, but further depleting his health as well. By this time, Henry and Em have scaled back their work force, and are left to manage much of the farm's affairs on their own.

It is after their return that Dorothy once again vanishes, this time shortly after a vagrant comes to town. Eventually, she returns, but not without further stress laid upon her uncle and aunt.

This last disappearance is the last straw. Henry is unable to work, and the bank will soon foreclose on the farm. In a fit of desperation, not wishing Dorothy to live the hard life of a child laborer, they eventually agree that she is best off at her fairy land.

To their surprise, the discover that Dorothy was not lying about Oz, and are soon whisked to the land themselves by Ozma's Magic Belt. To keep Henry occupied in his new life of luxury amid the social elites of Oz, Ozma appoints him Keeper of the Royal Jewels.

He comes to be one of Ozma's greatest advisers, as well as a agricultural mentor to the local farmers, leading to an era of great prosperity (even for Oz). 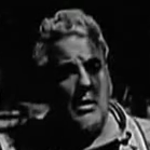